The prospects of hydrogen in the energy mix of Greece was the main topic of discussion at the Conference titled “Building up the Greek Hydrogen Value Chain" which was co-organized by DESFA and the MSc in Energy: Strategy, Law & Economics of the University of Piraeus on Monday, July 4th, 2022, in Athens.

With recent developments calling for an acceleration of the transition to a more sustainable energy future, the conference aspires to serve as a reference point in the strengthening of the role of hydrogen in the future energy landscape of Greece, bringing together distinguished speakers from the Greek and European energy industry, financial and technical institutions, national authorities and academia. Participants had the chance to analyze the aspects for the creation of an effective Greek hydrogen value chain, including hydrogen projects and the development of relevant infrastructure in Greece, existing and future technology, as well as the economic viability and financing opportunities for hydrogen projects.

The CEO of DESFA, Maria Rita Galli, pointed out: "The role of hydrogen in enabling climate neutrality is now widely acknowledged, as is the need for hydrogen pipeline transport in the future European energy system. Recently, the essential role for hydrogen pipeline infrastructure in fostering market competition, security of supply, and security of demand was recognized in the European Commission’s hydrogen and decarbonized gas package, published in December 2021.

As a network operator we are fully engaged in being a facilitator and an enabler of the coordinated effort which will allow hydrogen producers to meet demand. Today is a day of fruitful conversation and we hope that it will result to more ideas, shared initiatives and a renewed commitment to making - step by step - the Greek Hydrogen Value Chain a reality".

Nikolaos Farantouris, Jean Monnet Professor of EU Energy Law, Director of MSc in Energy, University of Piraeus, said: "We need to accelerate our steps to implement proactive policies towards energy transition. Hydrogen may not me panacea for energy security for the time being, but it would certainly play a pivotal role against climate change in the coming years".

The Minister of Environment and Energy, Kostas Skrekas, stressed: "I would like to congratulate DESFA and the University of Piraeus for organizing this extremely topical conference. Hydrogen can play a crucial role in our country's effort to wean off fossil fuel imports and contribute decisively to the achievement of the European goal of climate neutrality by 2050. This is no longer a theoretical debate, but a process we are implementing in an organized manner. We accelerate the green transition, attract investments, create new jobs, strengthen competition and upgrade the quality of life of our fellow citizens. Realistic yet ambitious, we will continue the green transformation of our country, aiming for a sustainable future, growth, and resilience".

The Minister of Development and Investments, Adonis Georgiadis, noted: “Greece has all the advantages to produce green energy which is cheaper than other sources. This time we don't want to be the last ones but to be pioneers", and he added: "There is a will to invest in hydrogen. Despite the fact that we do not yet know how profitable the sector will be, we must take the risk. Greece is present in the investment projects included in the "Important Projects of Common European Interest" (IPCEI) – although these are not as many as we would like. It is also worth mentioning that hydrogen can also play an important role in energy storage, since batteries are not enough to solve the problem of green energy storage”.

The Chairman of the European Hydrogen Backbone initiative, Daniel Muthmann, who participated in the conference online, underlined: "The existing gas infrastructure is one of Europe’s key success factor for scaling hydrogen”. 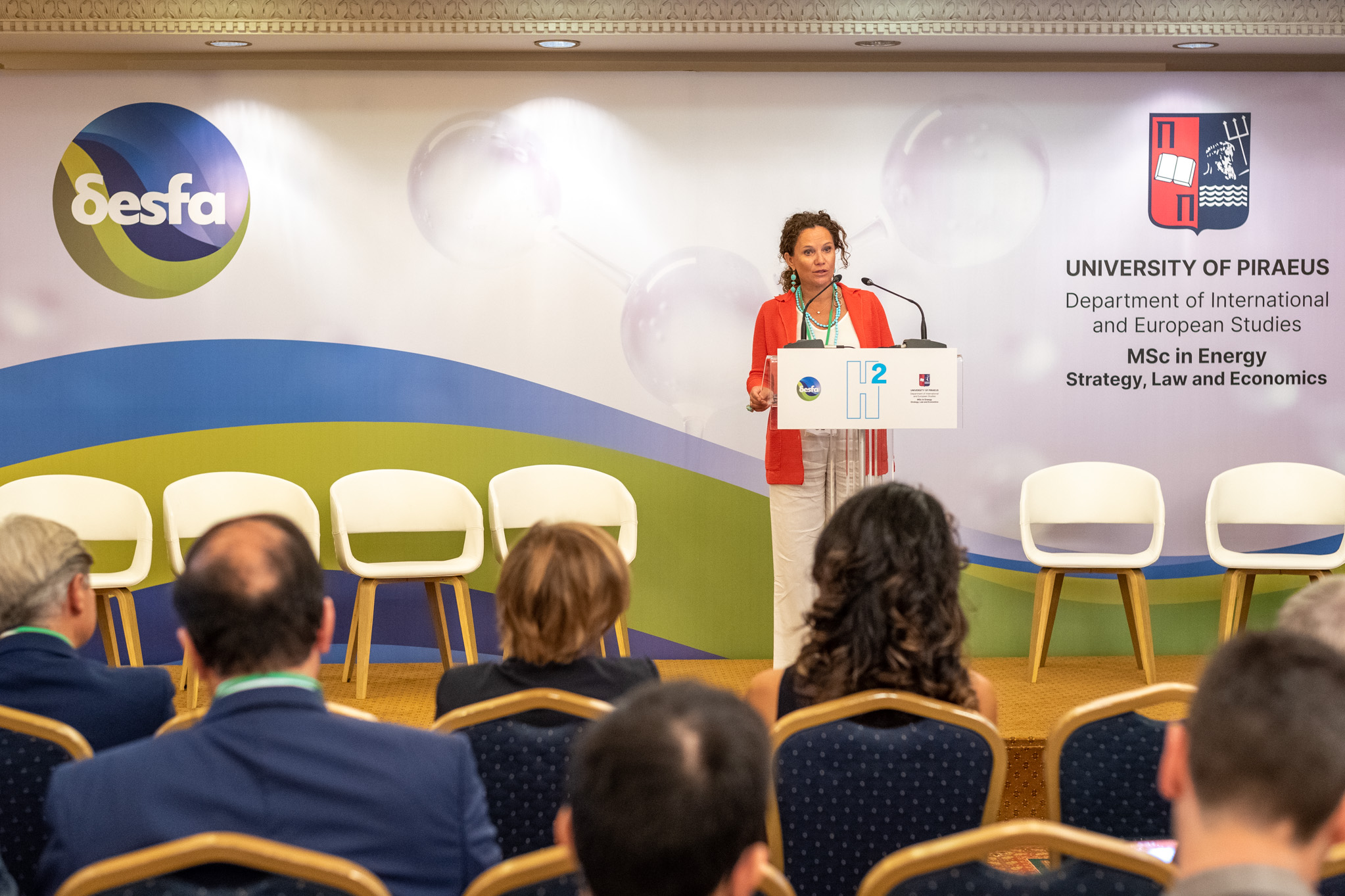 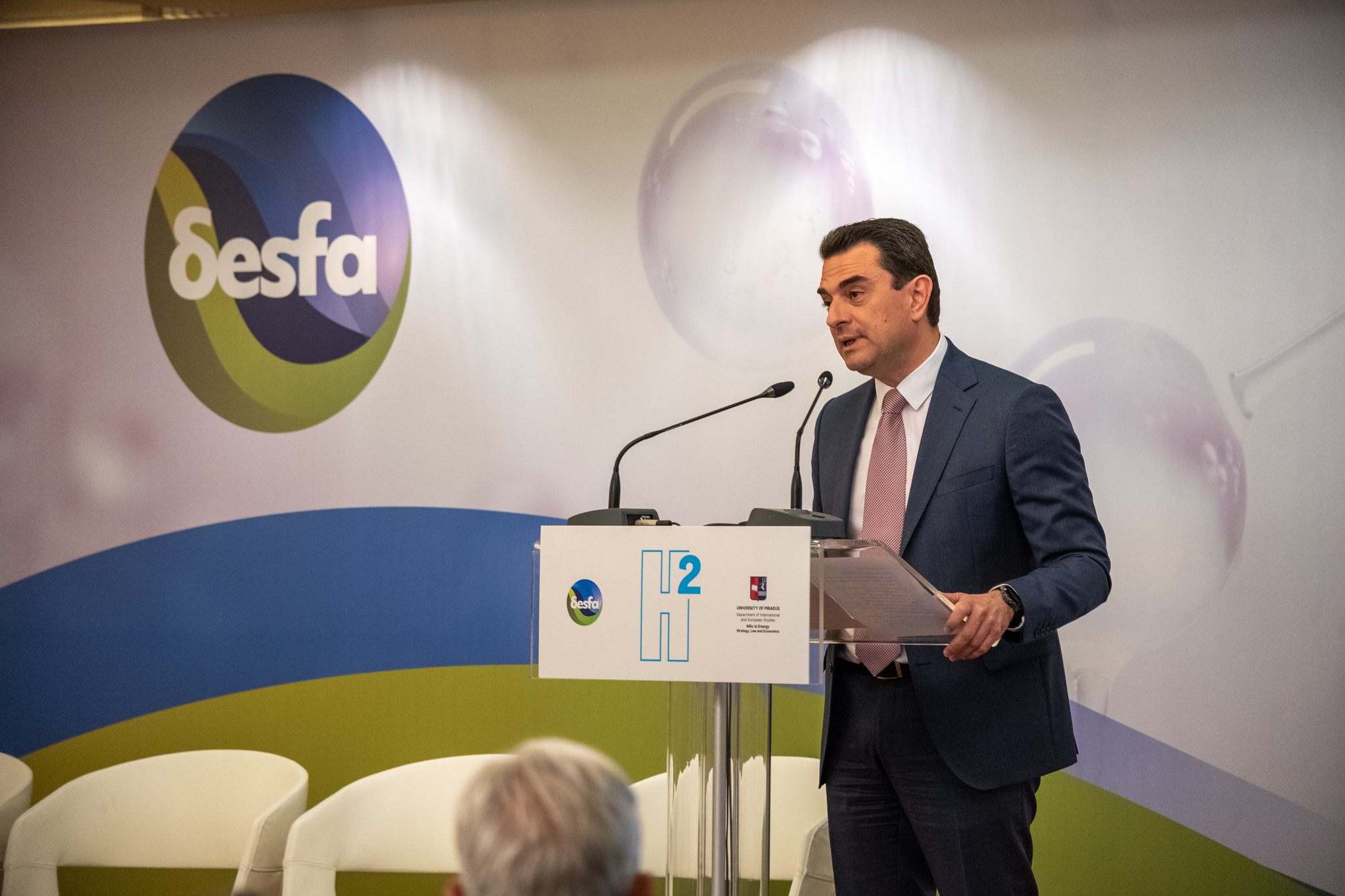 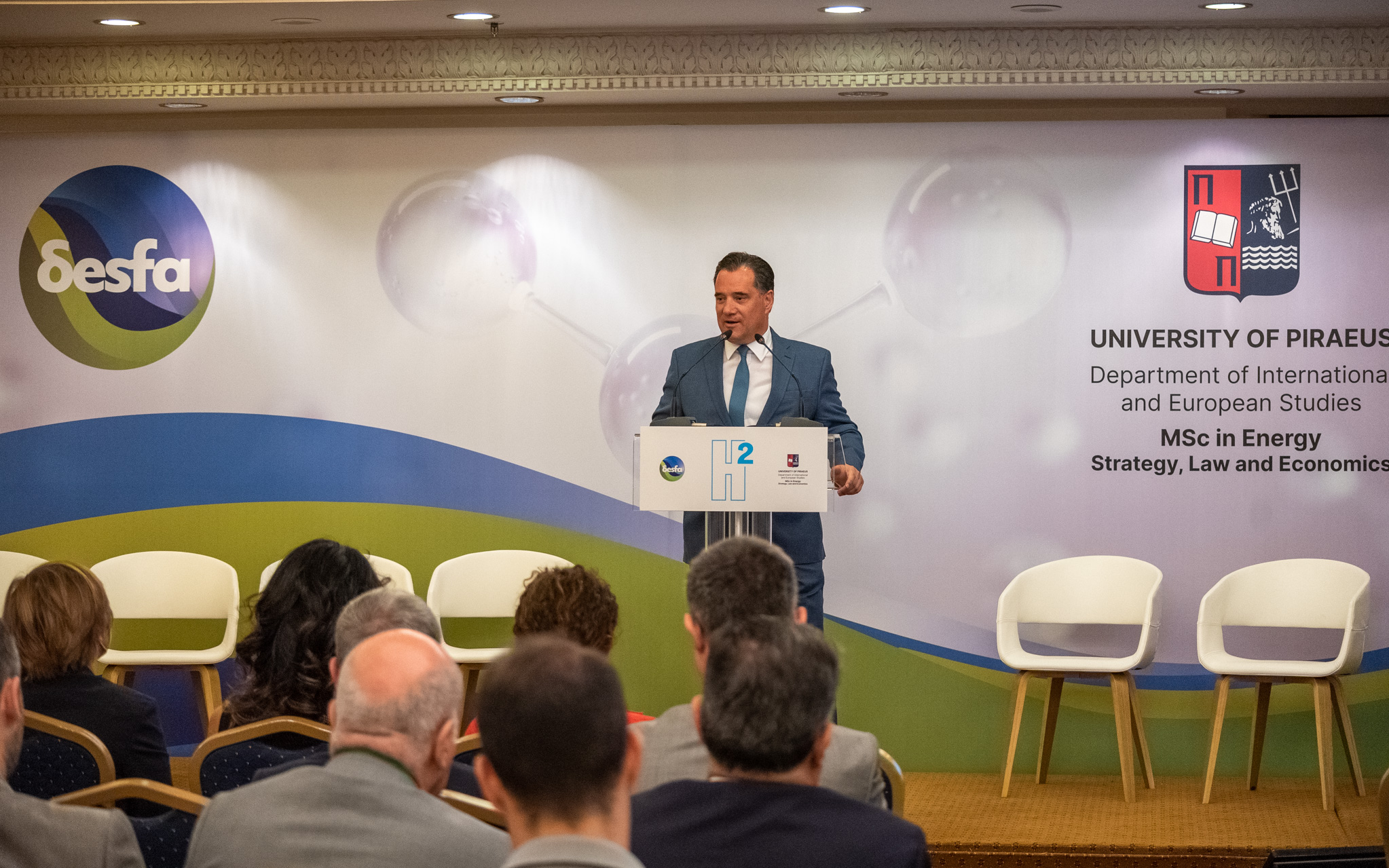 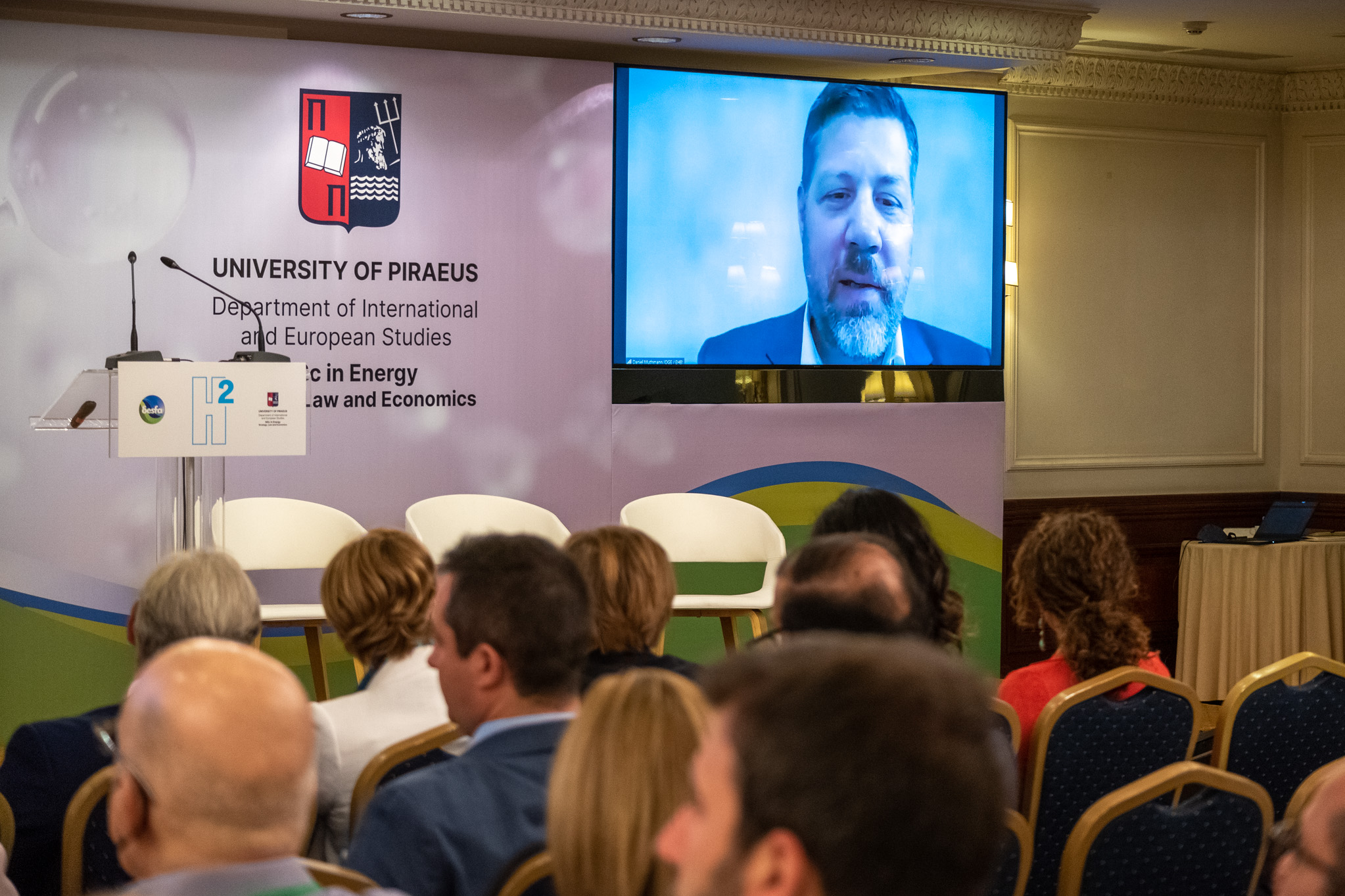 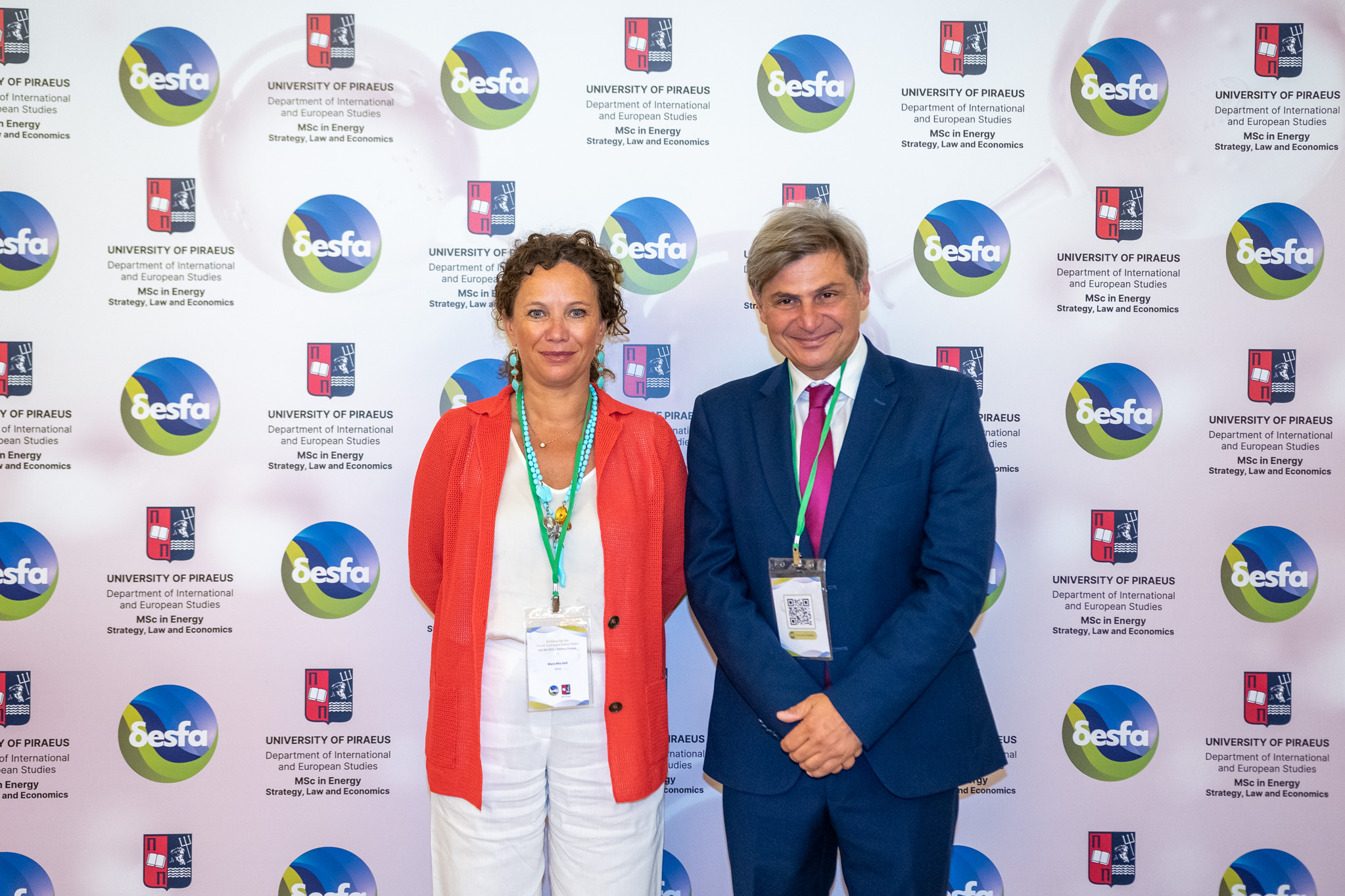