Another energy infrastructure was launched by DESFA, further upgrading Greece’s energy profile. The new LNG Truck Loading Station in Revithoussa offers a flexible solution for the road transport of significant amounts of energy, simulating a virtual pipeline, to off-grid areas and users, through the loading of specially designed liquefied natural gas trucks.

In particular, through this specific application it becomes possible to supply industrial consumers, vehicle filling stations that use natural gas, as well as residential and commercial consumers in areas not connected to DESFA’s transmission network, with significant benefits.

The LNG Truck Loading Station in Revithoussa is the first similar facility in South-Eastern Europe, making Greece a refueling and distribution hub for the wider region, while at the same time contributing to the strengthening of security of supply, providing the possibility of refueling also in neighboring Balkan countries, which do not have large-scale LNG infrastructure.

The inauguration of the new LNG Truck Loading Station took place on Wednesday, October 19th, in Revithoussa, in the presence of the Minister of Maritime Affairs and Insular Policy, Yiannis Plakiotakis, the Deputy Minister of Development and Investments, Ioannis Tsakiris, the representative of the European Committee, Rasmussen Carsten, Head of Unit G3 for Greece and Cyprus, DG REGIO and the CEO of DESFA, Maria Rita Galli.

The project of the LNG Truck Loading Station in Revithoussa, with a total budget of 7.5 million has been co-financed with an amount of 3.16 million from resources of the European Regional Development Fund of the European Union through the Operational Program "Competitiveness, Entrepreneurship and Innovation" (EPAnEK) within the framework of the NSRF 2014-2020", as well as through the POSEIDON MED II Program.

The new facility is the first step towards the creation of an integrated Small-Scale LNG supply chain in Greece, as DESFA is also going to build a Small-Scale LNG jetty that will also allow the refueling of ships using LNG as fuel, as well as the supply of LNG satellite stations.

The Minister of Maritime Affairs and Insular Policy, Ioannis Plakiotakis, noted: “Today is a big day for strengthening the energy sufficiency and independence of our country. An initiative taken by DESFA with the full support of the Greek government, an initiative that brings our country to a much better place compared to many other countries in terms of energy autonomy, at a time when, in addition to the initiatives taken by the current government, the Greek shipping, more than ever, mainly thanks to the foresight of Greek shipping, currently controls 25% of LNG carriers worldwide. As the Ministry of Maritime Affairs and Insular Policy, we welcome the inauguration of the new transshipment station, a project which will significantly upgrade the energy autonomy and energy security of our country and the whole of South-Eastern Europe, it will enable new uses of natural gas in new applications and will upgrade the role of our country in the global energy map and in the wider region”.

The Deputy Minister of Development and Investments, Ioannis Tsakiris, stated: “The LNG Truck Loading Station is a small but very critical LNG supply chain project in our country. The Ministry of Development and Investments is financing this project with approximately 3 million euros from NSRF 2014-20 resources. As it also finances other LNG infrastructure projects and energy infrastructure in general in order for Greece to obtain the maximum possible energy security and sufficiency with the lowest possible energy costs for the economy and society”.

The Head of Unit, Cyprus & Greece, DG REGIO at European Commission, Carsten Rasmussen, said: “The investment is an important element in ensuring safe and diversified gas supply to Greek citizens. The increase of LNG capacity will allow to complete and diversify the country’s energy mix in the overall transition to a zero-emission mode. Allow me also to congratulate DESFA and your contractors for the timely and efficient investment in the middle of a challenging COVID lockdown”.

The CEO of DESFA, Maria Rita Galli, pointed out: "Today we are inaugurating the LNG Truck Loading Station at the Revithoussa Terminal, the first such infrastructure in Southeastern EU, launching an integrated Small Scale LNG logistic chain in Greece that can bring the energy in every corner of the country and in the neighboring countries. DESFA continues to invest in the Revithoussa LNG Terminal, the most important national LNG import and storage infrastructure and the main entry gate for natural gas in Greece - with 43% of the total amount of natural gas imports of the country  - contributing to the security of supply and the diversification of sources for Greece and the wider region.” 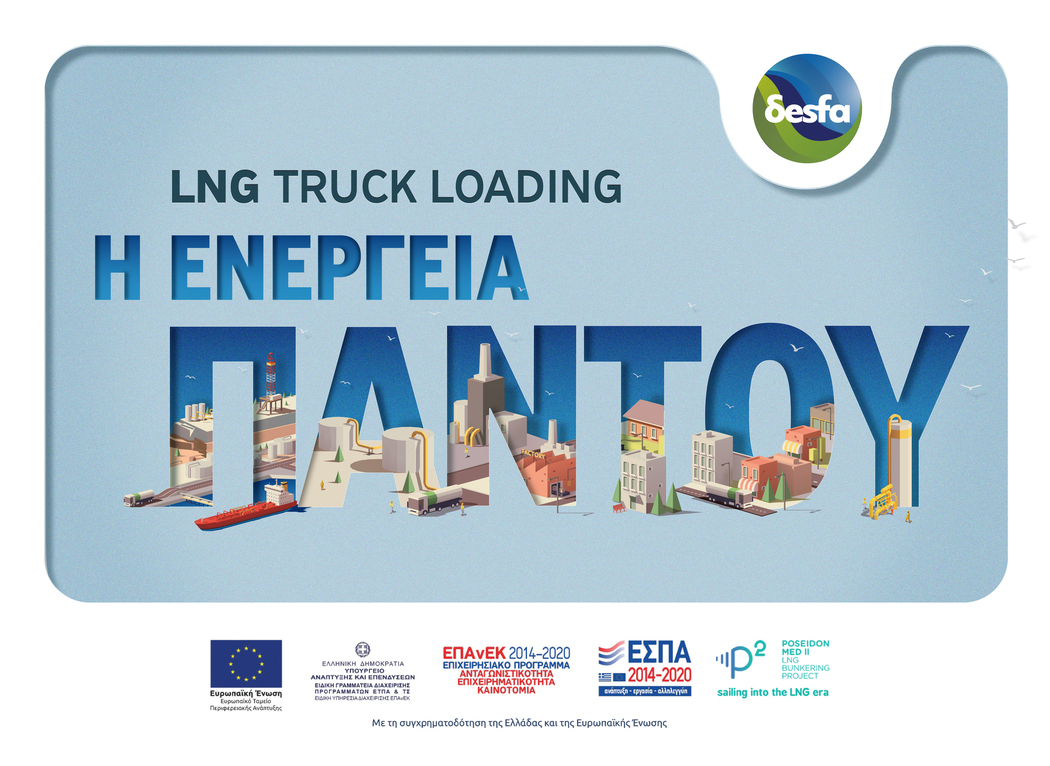 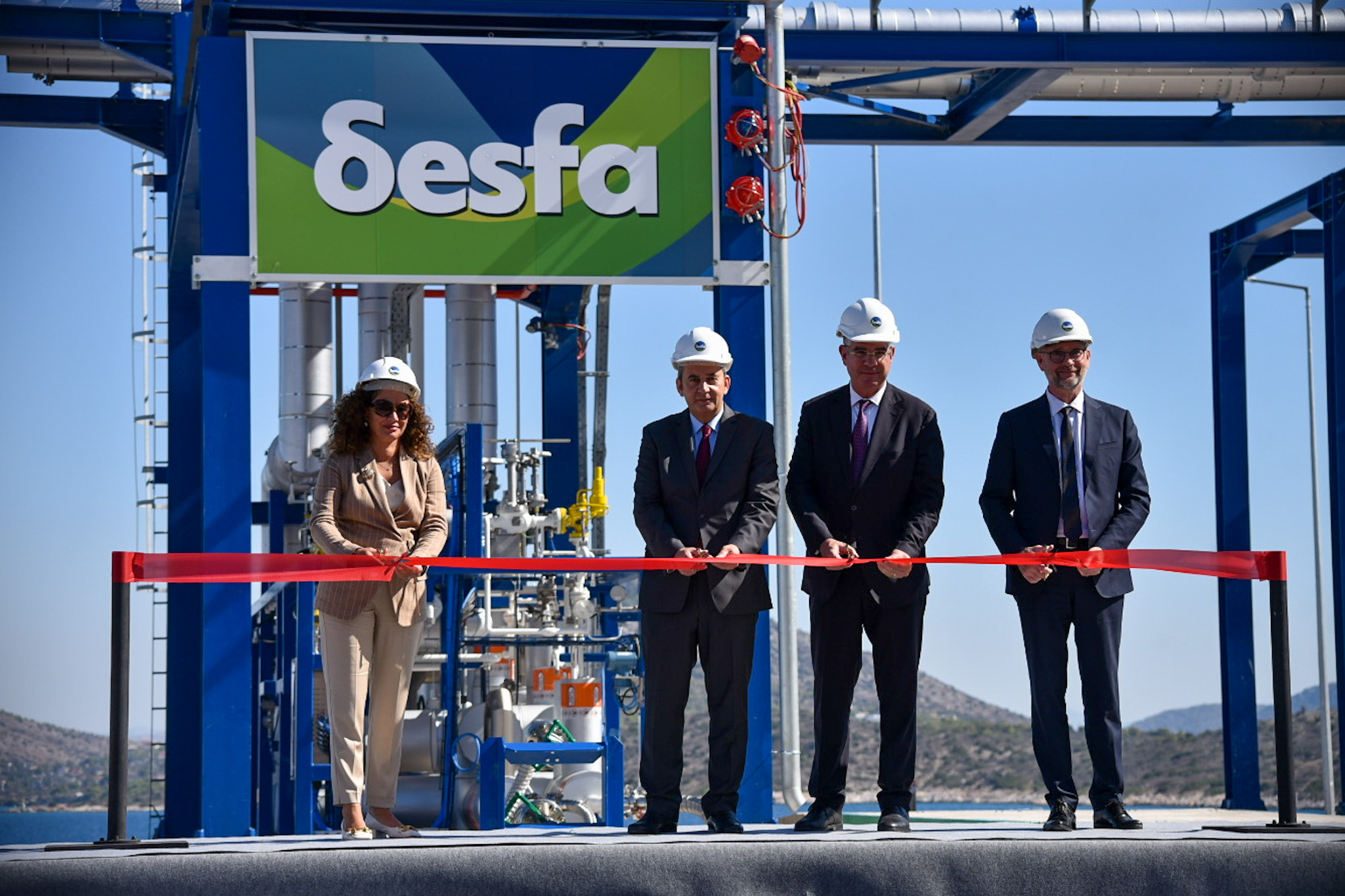 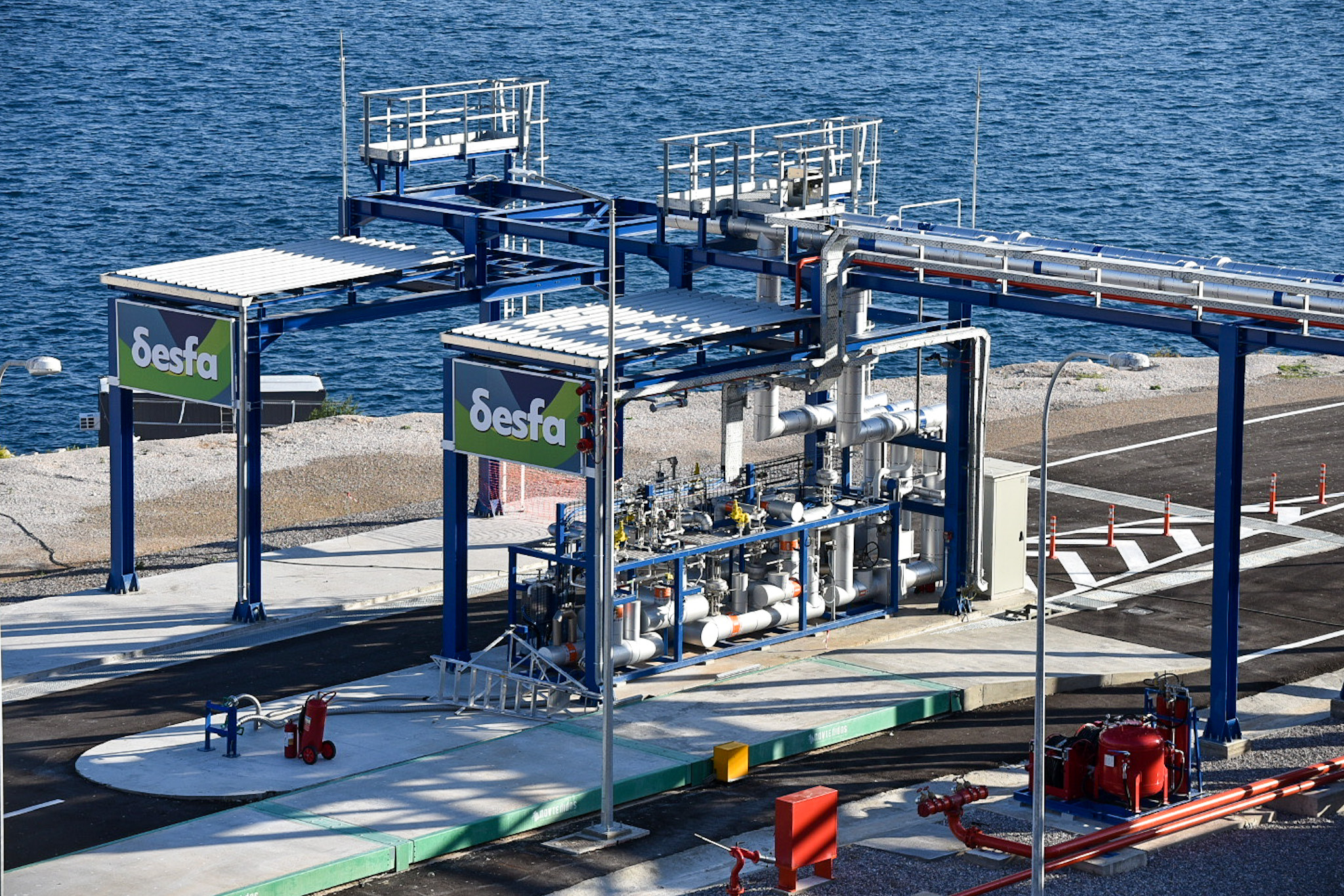 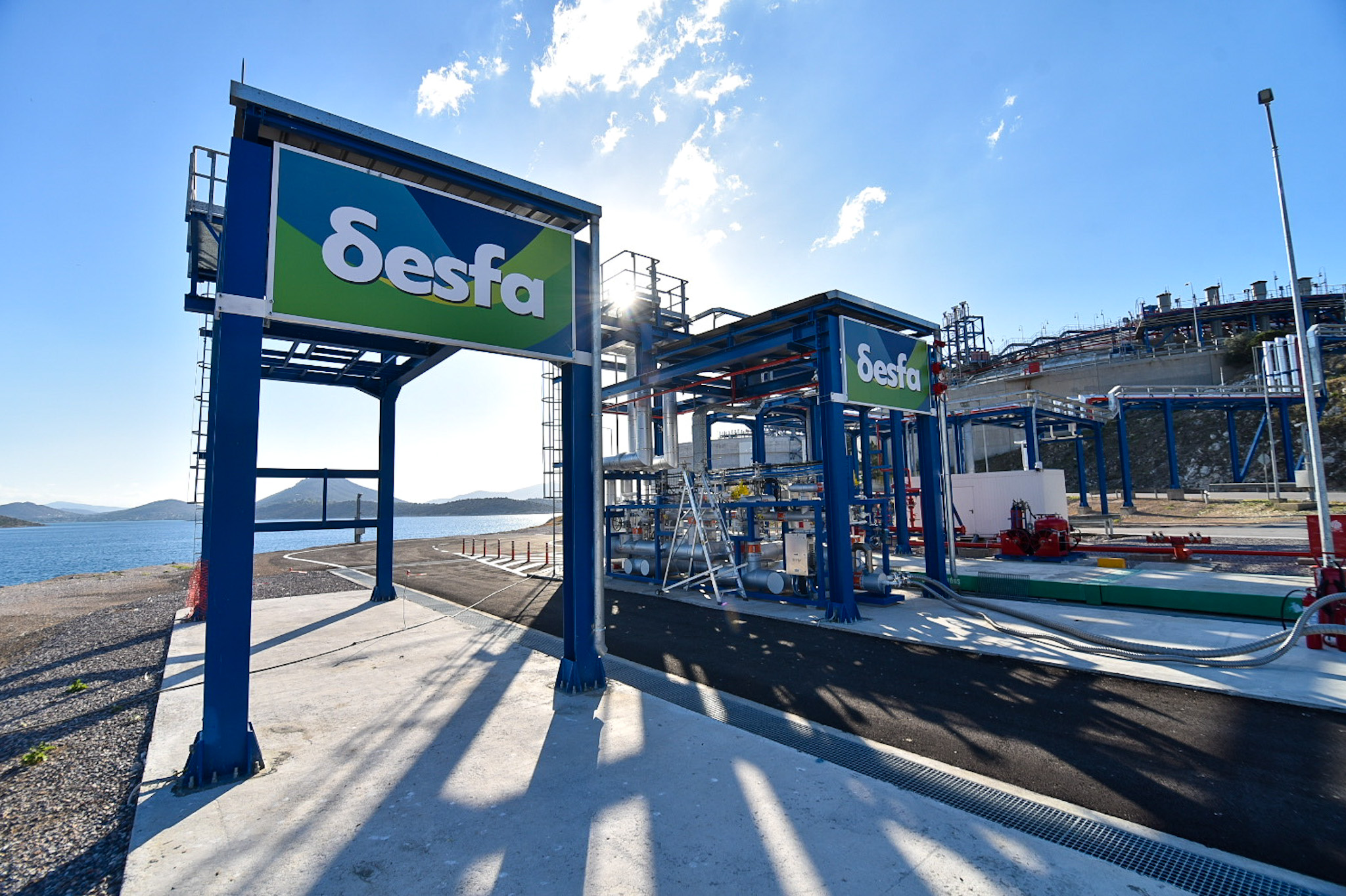